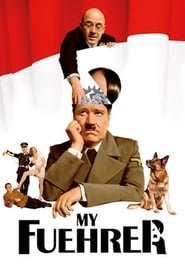 Trailer
Hitler no longer believes in himself, and can barely see himself as an equal to even his sheep dog. But to seize the helm of the war he would have to create one of his famous fiery speeches to mobilize the masses. Goebbels therefore brings a Jewish acting teacher Grünbaum and his family from the camps in order to train the leader in rhetoric. Grünbaum is torn, but starts Hitler in his therapy ...

In Nazi-occupied France during World War II, a group of Jewish-American soldiers known as "The Basterds" are chosen specifically to spread fear throughout

A touching story of an Italian book seller of Jewish ancestry who lives in his own little fairy tale. His creative and happy life would come to an abrupt 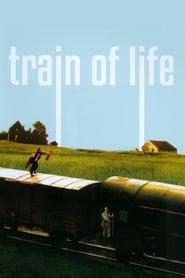 In 1941, the inhabitants of a small Jewish village in Central Europe organize a fake deportation train so that they can escape the Nazis and flee to

Dictator Adenoid Hynkel tries to expand his empire while a poor Jewish barber tries to avoid persecution from Hynkel's regime.

In 1947, four German judges who served on the bench during the Nazi regime face a military tribunal to answer charges of crimes against humanity. Chief