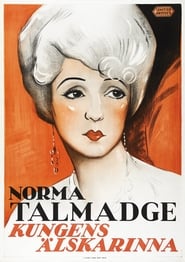 Trailer
Jeannette Vaubernier, an impulsive shopgirl en route to deliver a hat, dreams of luxury and position as she saunters through the woods, and attracted by a pool of water, she disrobes and plunges in. Cosse de Brissac, a handsome private in the King's Guards, comes to her rescue and they become sweethearts. Meanwhile, Jean Du Barry, a shrewd roué, takes note of her at the millinery shop and tricks her into staying at La Gourda's, where she soon becomes a favorite among the men.

Keywords:french revolution, based on play or musical, pre-code, shopgirl

Dr Henry Frankenstein is obsessed with assembling a living being from parts of several exhumed corpses.

It's a Wonderful Life

A holiday favourite for generations... George Bailey has spent his entire life giving to the people of Bedford Falls. All that prevents rich skinflint

A supernatural tale set on death row in a Southern prison, where gentle giant John Coffey possesses the mysterious power to heal people's ailments. When

In this classic German thriller, Hans Beckert, a serial killer who preys on children, becomes the focus of a massive Berlin police manhunt. Beckert's

In 1933 New York, an overly ambitious movie producer coerces his cast and hired ship crew to travel to mysterious Skull Island, where they encounter Kong,