Trailer
FLAMING EARS is a pop sci-fi lesbian fantasy feature set in the year 2700 in the fictive burned-out city of Asche. It follows the tangled lives of three women -- Volley, Nun and Spy. Spy is a comic book artist whose printing presses are burned down by Volley, a sexed-up pyromaniac. Seeking revenge, Spy goes to the lesbian club where Volley performs every night. Before she can enter, Spy gets into a fight and is left wounded, lying in the streets. She is found by Nun--an amoral alien in a red plastic suit with a predilection for reptiles, and who also happens to be Volley’s lover. Nun takes her home and subsequently must hide her from Volley. It’s a story of love and revenge, and an anti-romantic plea for love in its many forms.

Everyone deserves a great love story. But for seventeen-year old Simon Spier it's a little more complicated: he's yet to tell his family or friends he's

I Killed My Mother

Hubert, a brash 17-year-old, is confused and torn by a love-hate relationship with his mother that consumes him more and more each day. After distressing 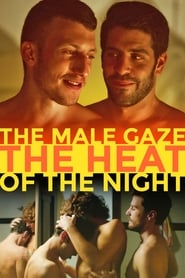 The Male Gaze: The Heat of the Night

Tom at the Farm

A young man travels to an isolated farm for his lover's funeral where he's quickly drawn into a twisted, sexually charged game by his lover's aggressive

Set in the beautiful high Pyrenees in south-west France, Damien lives with his mother Marianne, a doctor, while his father, a pilot, is on a tour of duty

Jared, the son of a Baptist pastor in a small American town, is outed to his parents at age 19. Jared is faced with an ultimatum: attend a gay conversion